How to Recover From a Black Friday Shopping Hangover

We know some of you are going to go hog-wild shopping on Black Friday or on Cyber Monday.

To be frank: You’re going to blow your budget—yet again—this year.

I know it. And you know it.

So in anticipation of the financial damage you’re about to inflict on yourself, here are four cures for a Black Friday, Cyber Monday or any holiday shopping hangover:

After you gorge on every possible deal in the toy section of your local retailer— and don’t even remember half of what you bought—it’s time to administer the remedy for what ails you. Fortunately, you don’t have to take a large pill or down some weird, nasty-tasting concoction.

The prescription to fix your financial hangover is simple: it’s that mound of receipts that are tucked away in your wallet or contained in those hordes of shopping bags you’ve hidden away from the kids. So here’s the deal: To get rid of your financial hangover, you’re going to go through those bags and separate “must keep” items from the “I really shouldn’t have” stuff.

Take the “I really shouldn’t have” things, throw them into the back of your car and return them to the store or stores where you bought them. Immediately.

Do it now because if you don’t, those same items will be sitting around in your house for who knows how long. They might end up as “extra” gifts for people who probably don’t even need them. Or even worse, that merchandise will sit around in the back of some closet or your car trunk until it’s well past the store’s seven-, 10- or 30-day return period.

Then you’ll really be out of luck.

OK, you convinced yourself that you just had to buy that expensive gadget for your spouse or significant other, or that ridiculously priced designer bag for yourself, right? Fine.

Now it’s time to take a cue from the politicians to figure out how you’re actually going to pay for the stuff you bought. In other words, it’s time to balance your budget.

Anything that cuts your budget is an offset to excessive spending.

What are you prepared to slash? Perhaps it will be bye-bye to Netflix for a year. Or maybe you can offset your holiday spending and reduce your cable bill by dropping those 100 premium channels you’ve got.

It’s up to you to figure it out. But you absolutely must come up with a list of financial offsets that match or exceed the crazy amount of holiday spending you did.

Here’s your next cure for a holiday shopping binge gone bad, which I call  payback.

Depending on how you look at it, the recipient of the payback is you, the bank that issued your credit card or both of you.

First, let’s deal with you: You’re the one who went out there and charged up untold dollars worth of stuff  you didn’t really need and probably couldn’t afford. Nobody put a gun to your head and forced you to shop. Therefore, if you used credit cards to make your purchases, it’s your responsibility to pay off what you spent.

So let’s just cut out the excuses and deal with reality, namely: How are you going to get rid of this debt so that it’s not lingering around come next holiday season? Consider the 3-3-3 payback strategy.

As I’ll explain momentarily, two-thirds of this strategy applies to you. The final third is payback, so to speak, against the banks(s) that encouraged you to rack up unaffordable holiday debt.

Start by tallying your total spending and dividing it by three. Let’s say you charged $900.  That $900 figure divided by three is $300. Now you know that $300 is how much you have to pay each month to be rid of those credit card bills in three months.

What if you did so much damage on Black Friday or Cyber Monday that there is no possible way you can knock out your debts in just three months?

Fine, let’s move on to the second part of the 3-3-3 payback technique.

This step calls for you to make a commitment to pay at least three times the minimum payments that your credit card company requires. If your card has about $5,000 in outstanding debt, your bank is probably asking you to pay between $100 and $150 a month for your minimum payment. That’s because banks usually calculate your minimum payment at 2 percent to 3 percent of your total balance.

Is paying triple your minimum payment still not financially doable? Tough luck. Figure how to make it work.

Go back and see strategy No.  2 above on offsets. Work in another offset or a series of offsets that would free up enough cash flow to allow you to triple your minimum monthly payment. I don’t call this technique payback for nothing. I know this is tough medicine, but as my mother used to say, “I’m doing this for your own good.”

Financial Payback All Around

Now what about those banks or credit card issuers of yours? They did approve all those excessive charges, right?

Come to think of it, they probably even offered you a higher credit line, a balance-transfer deal or even a payment “holiday” to take a break from your normal payments—all in a bid to get you to do more spending.

Despite their marketing, they weren’t all just trying to be nice for the holiday season. Certain financial institutions (not all, of course, but some of them) were hoping to cash in on you. They were thinking (correctly, of course) that you wouldn’t be able to pay your balances in full. That’s how banks make additional fat profits off you and all the other “I’ll worry about it later” spenders who go buck wild on Black Friday, Cyber Monday and throughout the holiday season.

So here’s some payback for the banks:

Go dig through your junk mail right now and find a 0-percent balance-transfer offer from any company; in fact, any low-rate deal will do, as long as it’s an interest rate that’s better than the one you have. Now call up three of your creditors, tell them you got a better deal from the competition and ask them to match or beat that interest rate. If they won’t budge, tell them they just lost your business. Then follow through on your threat/promise and take your business elsewhere.

Don’t worry about customer loyalty, sticking to a certain card or brand or even things like point, miles and other credit card perks. Those things are everywhere. Besides, banks that act as holiday shopping enablers and then fail to have any responsiveness or flexibility for their customers need to learn that payback is a … well, you know.

The Block is Hot: The 10 Best-Dressed Men on Your Timeline This Week

Do you remember being in school and having a gym coach put you or your classmates through the ringer if one or all of you messed up? Maybe you talked too much, chewed gum or showed up late for practice. Whenever you did something the coach didn’t like, he made you run extra laps or perhaps do another set of push-ups.

Even if you weren’t the one who goofed, you had to sacrifice for the whole team. Ditto for solving your current debt and spending hangover related to your holiday shopping excesses. You’re going to make a sacrifice—and maybe your whole family is, too—that’s equal to the shopping damage you’ve done.

So if you charged $500 or overspent by $500, you’re going to do something positive to the same tune. Take $500 and put it into savings, or put an extra $500 into your 401(k) or individual retirement account. Maybe write an extra check to your mortgage company and knock down your mortgage balance by 500 bucks.

Whatever your financial sacrifice, it shouldn’t seem too easy; actually, it should have at least a slight feeling of punishment to it. The bottom line is this: You’re the one who chose to worship at the altar of the Black Friday sales gods. So now it’s time to sacrifice something in return.

Your sacrifice can take a future form as well. You know that romantic Valentine’s weekend getaway you typically do with your honey? Well, nix that next year. Or the family reunion you were planning to attend next summer? Let your relatives know you’ll be joining them via Skype instead.

Or maybe you intended to upgrade your PC or get yet another iPhone next year. Nope. Tough it out instead with whatever you’ve currently got. That’s your penance and your sacrifice.

Finally, your sacrifice can be reducing the frequency or cost of something as well. For example, ladies, those trips to the hair salon you enjoy so much? Well, maybe they’ll have to happen once a month instead of every two weeks.

The lesson: Everything comes at a price, honey—even your Black Friday and Cyber Monday spending excursions, which can leave you with a financial hangover that lasts far longer than you’d anticipated.

So maybe, just maybe, when the holidays roll around next year, you’ll remember the sacrifices and other things you had to endure following this year’s holiday shopping binges and you won’t be so tempted to overindulge next year.

Of course, the wise ones among you who get to read this advice before Black Friday will say, “I get it. Lessons learned.”

And just like an alcoholic who knows to avoid the bars, you’ll do what it takes to avoid the annual spending madness that can leave you feeling financially woozy well past the holidays.

Lynnette Khalfani-Cox is a personal finance expert and co-founder of the free financial advice site  Askthemoneycoach.com. Follow Lynnette on Twitter @themoneycoach and on Google Plus. 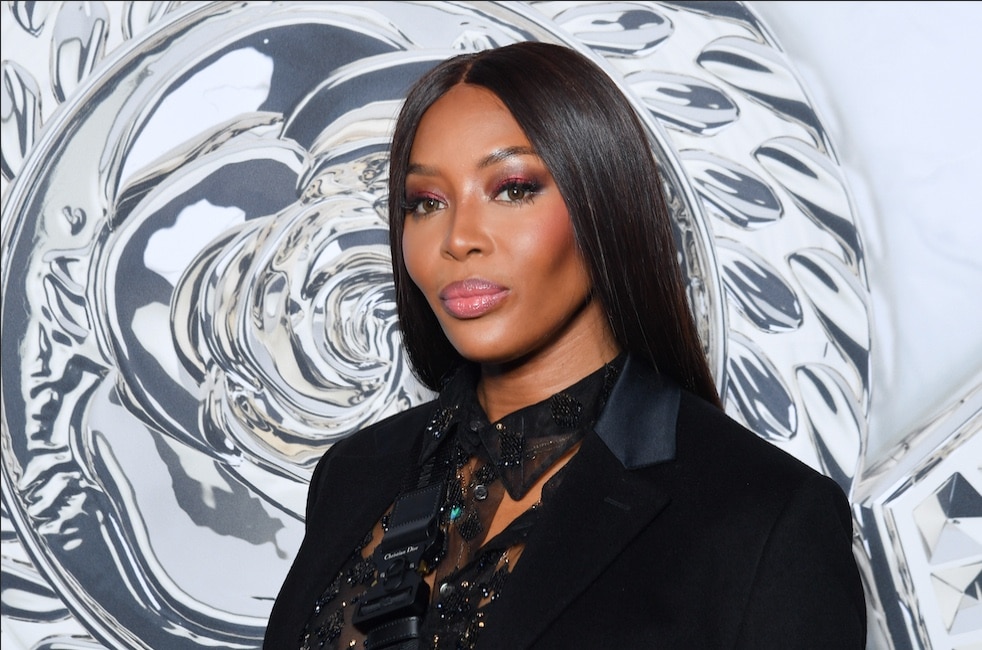 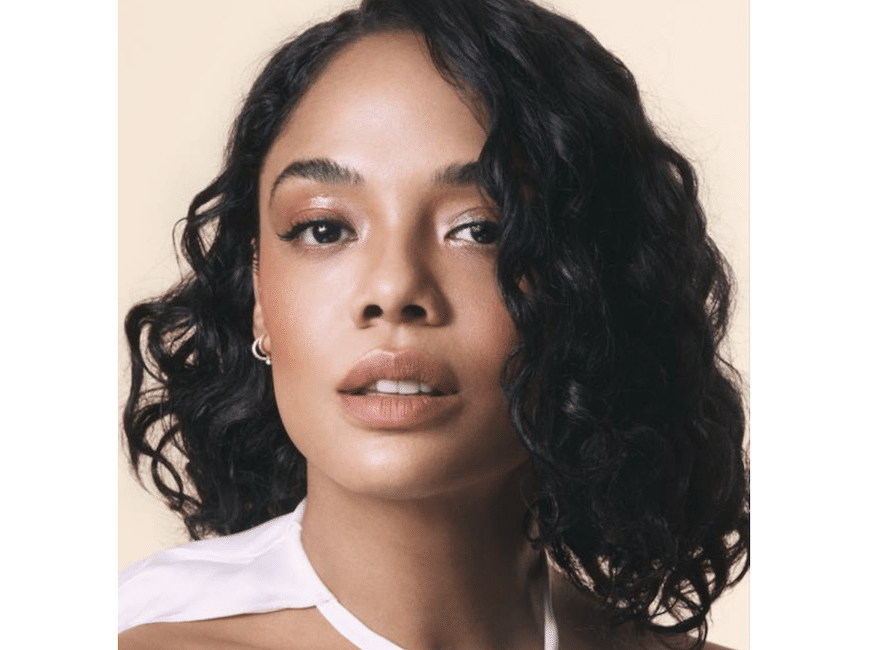 Tessa Thompson Is the New Face of Armani Beauty 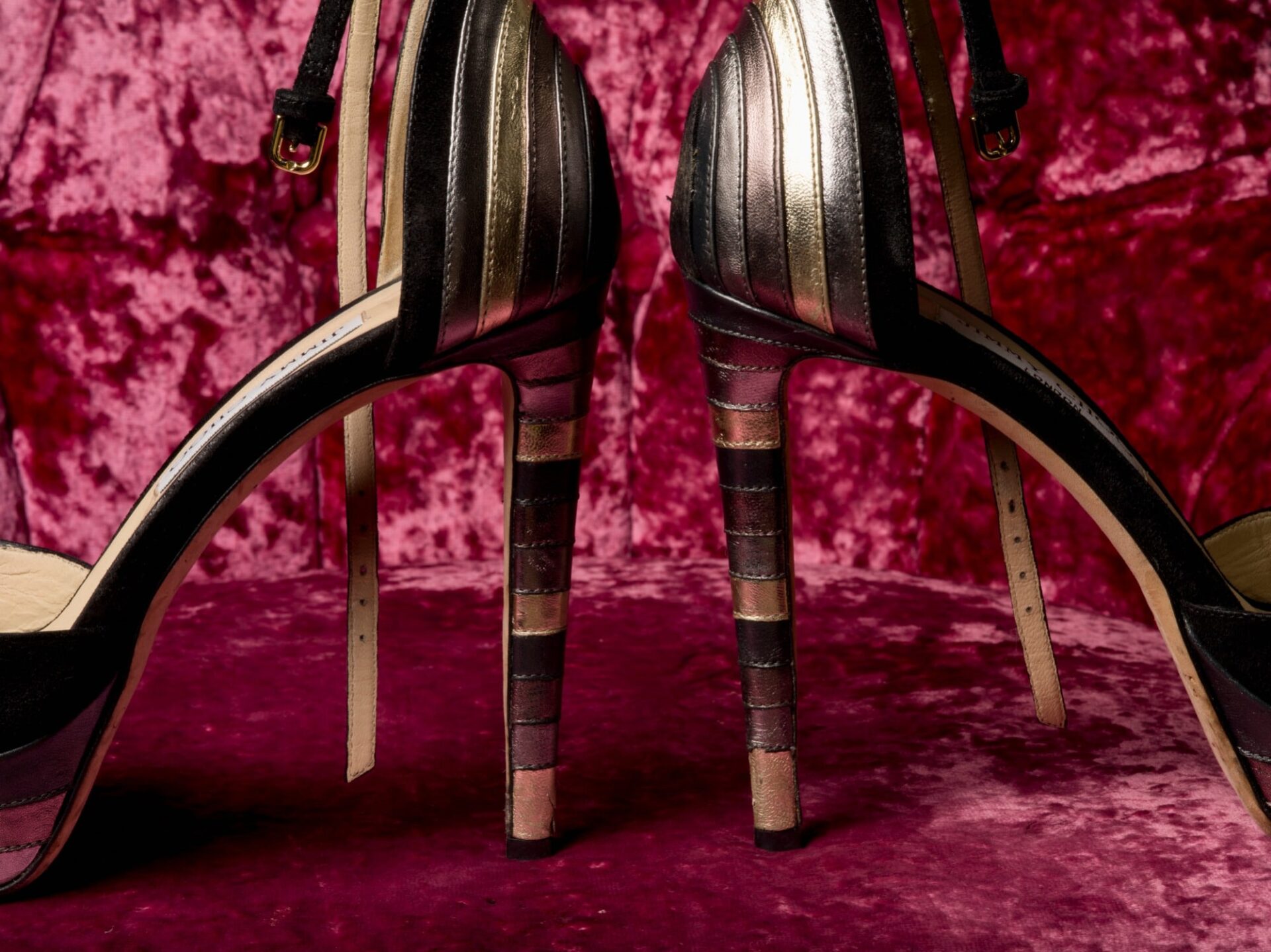 The Block Is Hot: The 10 Best Dressed Ladies Whose Shoe Game is on Fleek