Trade shows: where clothing brands make their all-star pitches to store owners and buyers to purchase their next season’s lineup, source different materials for their next dream pieces, and research what trends are on the come-up. But if you take a closer look, the so-called “streetwear” trade show scene is equal parts family reunion and business.

Make no mistake—it’s a multimillion-dollar industry, so there are big time deals being made. But due to the industry’s close-knit ties, it’s not un-familiar for the owners and head honchos of these brands to be both present and friendly at their brands’ respective booths. Streetwear trade shows are half curated installation and half fashion stock market, a far cry from the industry’s humble beginnings.

To give a bit of background context, the “streetwear” niche of fashion is as diverse as the people who wear it. Taking from the diverse cultures of skateboarding, surfing, street art and hip-hop, inner-city youth, surfers and everyone in between have created a cultural melting pot. The wears span from small boutiques and mom ’n’ pop operations to clothing store chains and your local megamall.

Having worked at Philadelphia’s prestigious streetwear and sneaker boutique Ubiq for most of my college years, I’ve been able to see the industry grow, especially with the integration of social media. So I was excited to visit the Agenda trade show for the first time when it came to New York City. It felt like taking a time machine back to my youth, when it was all about whether Diamond Supply had released new hoodies, or if that Stüssy collaboration was coming to Philly or not.

“The original show took place in a Thai restaurant with about 30 brands,” Agenda creator Aaron Levant says of the show’s humble California beginnings. “To look at where we are now, with over a 1,000 brands spread over shows in Los Angeles, Vegas, and New York, it’s humbling. There are brands in this very room that have rejected me in participating for the last 10 years, and they’ve finally signed on for the 11th. And I’m thankful for that, I’m happy people can join the vision.”

That vision is booming, as trade shows like Agenda are responsible for shaping the streetwear landscape.

At the Javits Center, I was extremely open-minded about what to experience at my first trade show. Asking friends in the business about their past shows, I was instructed to get as much free stuff as possible, bring business cards, and try not to get too drunk. (That last would later prove important, as I walked past a booth participating in some sort of “Beer Pong” event.)

Brands like Native Shoes and Champion had really cool set-ups, explaining the past, present and futures of their brands. And other than realizing patrons’ interest in talking to me dropped a whopping 63.5% once they found out I wasn’t a buyer, I had a great time. And I found a couple brands with stand out goods as well as a nice setup:

Herschel Supply Co. Seattle-based lifestyle accessories brand Herschel by far had the largest installation at Agenda NYC, and with good reason. Showing the different verticals of their brand—from the more widespread selection found at your local Urban Outfitters to special collections only fitted for select accounts around the world—Herschel provides a diverse outlook in the backpack/luggage/accessory game. It was also one of the busier booths over the two-day show; attendees had to pick a set time to speak with one of the brand reps. I consider Herschel as what streetwear has grown into: a take on something as simple as a luggage bag but offering a sense of mature “cool” that comes with it.

Starter Black Label. Originating over 35 years ago and dominating the early 1990s in athletic apparel, Starter has made a meteoric rise back to the top of the streetwear scene. Strategically working with retro takes on sportswear and creating new opportunities by working with streetwear lines and brands of the moment, it’s not hard to look out for the star again. And with some special collaborations come up, it’s looking like Starter won’t be falling behind anytime soon.

The Decades Hat Company. One of the newer brands of the show, hat line The Decades had a solid showing at Agenda. In talking with the owners, they were offered a booth late in the game, so they packed all they had, finalized some sample pieces and came to New York. This is the story of countless brands in the streetwear industry, coming from all corners of the world with a dollar and a dream and cashing out due to their work ethic. With their staple five-panel hats and venturing into crewnecks, hoodies and pullover windbreakers, The Decades Hat Company should be around for some time.

Leica Cameras. The most unique booth at Agenda NYC was hosted by Leica Cameras. I’ll admit that when I first saw the booth, I thought, “Why are cameras at a streetwear trade show?” But in the first day, their booth was so busy that I decided to try again later. I visited again the next day and spoke with several Leica reps, where they made their stance at Agenda clear.

“In the fashion era of 2015, we feel as though there was a need in the market. Most brands want their clothes to look the best, whether it’s a lookbook or a normal photo shoot. Leica is the best camera on the market, and blending photography with streetwear fashion is what [German magazine] Streetwear Today is all about.” Made sense to me. If this is a show where you want to sell your brand, why not buy the camera that can do that?

Nineteen92. I met the owners of L.A.-based brand Nineteen92 walking towards the food court in the back of the convention center through casual conversation, and they told me to check out their booth. Like The Decades, they’re in their first year of major production, and were participating in Agenda for the first time.

Inspired by a mix of late 1980/early ’90s imagery and automotive logos, I’d seen the brand before through their collaboration with New Orleans rapper Curren$y. It was a walking contradiction—something flashy but simple—and it worked. Talking to the owners themselves, I could sense the optimism of being a new entrepreneur in this industry, of being more than just a fad and creating trends instead of following them. It was infectious, and I’m looking forward to see what comes from Nineteen92 in the near future.

I came to Agenda with an open mind and left with a rack of free mags and some cool sneaker cleaner, a handful of business cards, and a renewed affection and appreciation for an industry that I’ve grown side-by-side with. Streetwear, in my opinion, did what anything does when it gets too mainstream: lose its cool factor and become like everything else. But seeing new brands looking to stake their claim in the culture showed that there’s more than hope out there—there’s a future that is bright, and Agenda is doing its part to lead the way.

Cory Townes was born and raised in Philadelphia, and currently lives in Brooklyn. A devout Philly sports fan, Townes is the Social Media Manager for EBONY.com. When he’s not cheering for his Philadelphia Eagles or remembering the wonders of an authentic Cheesesteak, you can reach him on Twitter @CoryTownes. 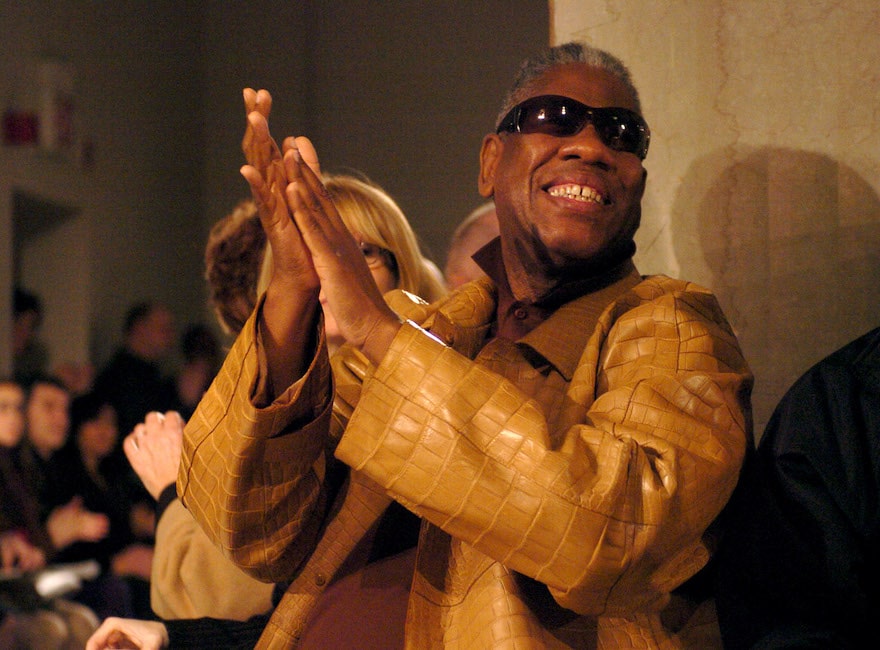 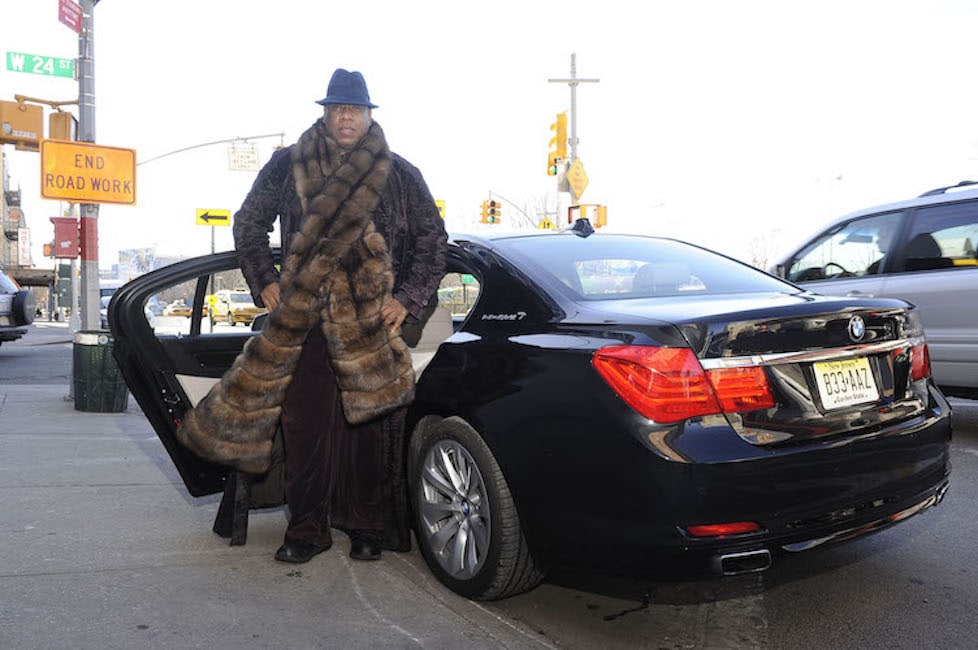 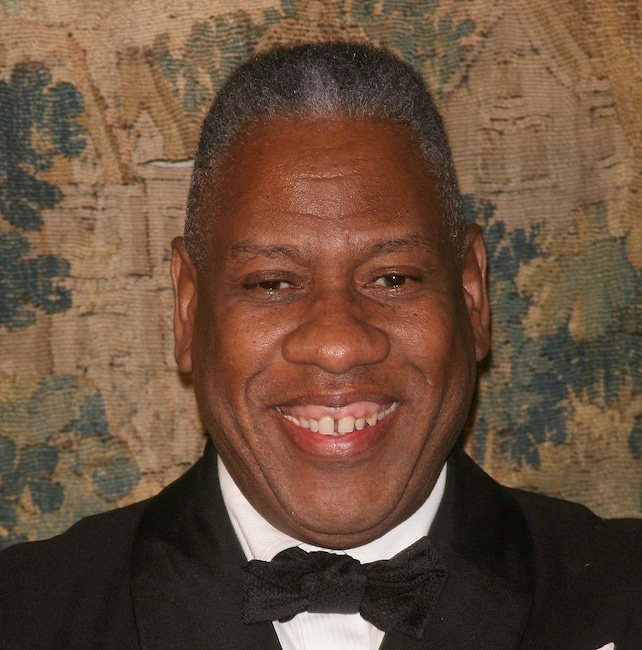 The Brilliance of André From the Pages of EBONY