One of Black America’s most coveted sweethearts is the new face of the Pantene Nature Fusion line. Sanaa Lathan, 40, officially announced the news to New York press and bloggers at a private event hosted by the brand. EBONY.com caught up with the ‘Clevelands’ star to chat the announcement, details on a possible Best Man sequel, and that nasty Kobe Bryant rumor!

EBONY.com: How did you and Pantene Pro-V come about?

Sanaa: Earlier last year I got a call from my agent that Pantene was interested in having a new face represent the line, and I was extremely excited about that. I was doing a play at the time and I had everybody come to the play, which I am assuming helped. It turned out to be a great fit and I’m thrilled!

EBONY.com: What do you most love about the line?

Sanaa: I’ll go between weaves, and natural in between jobs to give my hair a rest because it’s so important to moisturize. I’m loving the ingredients that are in Pantene and it smells so good, and that’s important to me. It has cassia and aloe vera. The cassia flower is really good for strengthening hair strands and the aloe is wonderful for moisturizing. I also love the Daily Oil Moisturizing Cream.

EBONY.com: You’re known for stunning hair and skin, which beauty goodies do you stash in your bag on any given day?

Sanaa: I’m loving MAC. For years I have been wearing their ‘Ruby Woo’ lipstick and I’ve been wearing it a lot more lately. I’m also really into organic or whatever is natural, because I really believe that what you put on your skin is like what you put into your mouth. So the more natural, the better. In terms of facial creams or lotions, I try to switch it up and stay as natural as possible. l like Le Mer facial cream for when I have an event. It’s very rich and sometimes too rich for some people, but I like it. I will give you a glow underneath your makeup but I don’t necessarily use that everyday.

EBONY.com: How do you wear you hair when you work out?

Sanaa: When I go work out, lately I have been doing four cornrows going back and then put in a little leave-in conditioner and then let it out. So it’s in a curly afro. It’s one of the great things about us as Black women, we can be so versatile, and that’s apart of who we are. I change it up, that’s the fun of it for me.

EBONY.com: What’s your thoughts on men who complain about women wearing hair scarves at night?

Sanaa: I’ve never gotten any complaints about my headscarf from a man. You can be sexy with a head wrap!

EBONY.com: How do you feel about celebs and not-so-nice weaves and lacefronts? How do you manage not to get caught out there out there like that?

Sanaa: I thinks it’s important who you choose to do your weave, but I always like to leave a little of my hair out, and not everybody has the luxury of doing that. There’s a lot of times when I want to braid up all of my hair, but I find if you leave some of your hair out on the top it just looks a lot more natural. I’ve never worn a lace front before. I’m not saying that I would never do it, but I would only get it if it were top of the line, because those are the ones that look natural.

EBONY.com: There seems to be a Best Man 2 in the works, can you tell us more about that?

Sanaa: Nothing has been confirmed yet regarding Best Man 2, but it is a great script that we have all read. It’s all on the studio and them deciding to do it.  I know a lot of people are excited and anticipating the movie, but we all just have to cross our fingers and hopefully it will all come together. Everyone in the cast is excited and on board, and I think people will be really pleasantly entertained to see where these characters have evolved over the twelve years.

EBONY.com: So what else are you working on?

Sanaa: I have Vipaka, but they are thinking about changing the title. It’s a physiological thriller with Forest Whitaker and Anthony Mackie. We shot it in New Orleans last August. It’s scary, sexy and tense. They are still editing it, so I’m not really sure when it will be out.

EBONY.com: You recently got caught up in a nasty rumor with Kobe Bryant, that you were somehow the reason for his marriage ending after you two were seen in the same VIP section at Jay-Z and Kanye West’s Watch the Throne concert. I have to say I absolutely loved your response to the rumor on Twitter. [Sanaa tweeted: “Anybody who pays attention knows I’m not his type… Blank stare. #blackgirlsrock #dontbelievethelies” We adore!]

Sanaa: I probably shouldn’t have said that because I don’t discriminate when it comes to dating. I have dated all races and I believe you should be free to do whatever you want. But I was so annoyed because I was having such a great time at the concert and Kobe happen to be standing next to me, and then all of a sudden I was tied to his break-up. That’s absurd, and I tweeted that in the moment, and I regret it. But to each its own. It’s just funny that if it’s written people believe it, and even though I have said I have nothing to do with him, people are still saying when is the baby due?

Geneva S. Thomas is the style and pop culture editor at EBONY.com. Follow her on Twitter @genevasthomas. 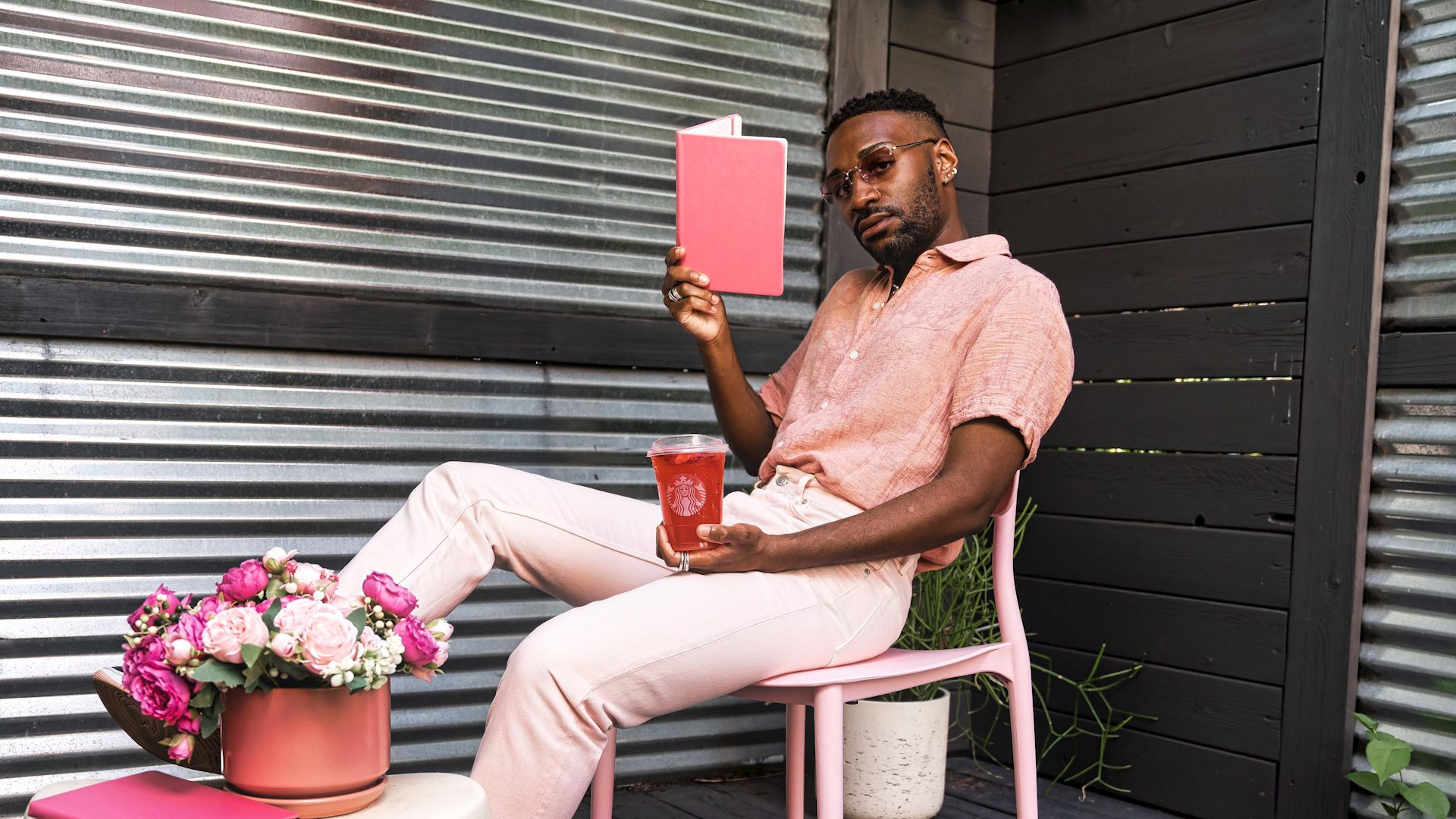