“Funk, on a whole new level.” This line from Warren G’s staple hit, Regulate delivered a rhythmic introduction to a brilliant style that would gain notoriety all over the world.

When Warren G and the late Nate Dogg dropped the vibey single in 1994, it  was not only a West Coast hip-hop anthem, but also the dawning of a new era – that being G Funk, a genre of music that emerged from Los-Angeles and combined melodic elements of Motown, Funk and R&B with socially-aware gangster rap.

The laid-back sounds took Warren G from the shadows to the limelight as a solo artist.  The song itself was a narrative that vividly detailed an attempted car –jacking that goes down in Long Beach, on a “clear black night.”

The wave of the music and its history is now heading to the big screen in the gangster funk documentary, G-Funk, premiering at SXSW on March 11. Warren G teamed up with Karam Gill, who will be making his directorial debut on the project.

In an interview with Warren G and Karam Gill, we discuss three reasons why G-Funk is a must-see and what Warren wants people to know about his legacy.

We didn’t know it at the time, but that era would set the bar for West Coast hip-hop music, and decades later we would once again crave the storytelling that Warren G and Nate Dogg represented.

Warren G recalls the vibe of the 90s era in Long Beach: “Low riders, pool parties, barbeques and slide shows,” he says as his mind floats back to the golden era. “ [The 90s] were full of summer jams. Full of energy and gang banging; all those elements mixed in one big pot. That was the lifestyle. That was our life.”

Much of which adds to the origins of  G-Funk, a story Warren really wanted people to hear.

2. Fans and lovers of the sound get the full story of how the G Funk style of hip-hop emerged from Los Angeles.

The movement began with Warren G, Snoop Dogg, and Nate Dogg. As childhood friends, the trio formed the group 213 and were discovered by Death Row Records and Dr. Dre. As Death Row backed only Snoop and Nate as they catapulted to international stardom, Warren moved back to Long Beach with hopes of making it on his own. Though Warren G was able to gain triple platinum success from the album, as any come-up story goes, life isn’t always sweet and there were aspects of his career that did not turn out as expected. 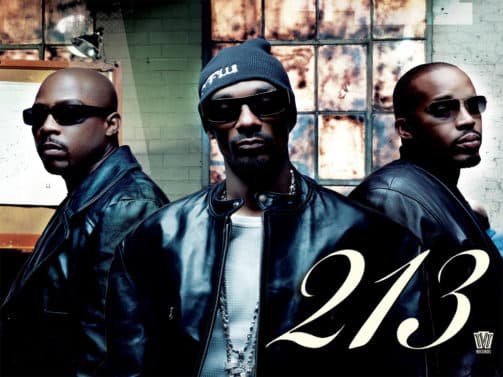 3. Director Karam Gill did an amazing job on the film.

From the quality of the storyline, in-depth interviews, and flashback imagery, one would assume that the director of the documentary is a seasoned veteran of hip hop. However, in the mid-90s, Karam Gill was just entering the world. The 22-year-old first-time director connected with Warren G and from there started touring with him and handling media.

“After many discussions and vivid accounts of what that transformative season of music represented, we decided we had to get Warren’s story out there,” Gill says.

G Funk premieres officially at the SXSW Conference on March 11th. For more information on Warren G and G Funk, check out: www.warreng.com.

Eraina Ferguson is a writer and tech Entrepreneur. She is the Founder of Good Life, a resource website for families of children with special needs.