For a significant chunk of history, most if not all aspects of the entertainment world has been dominated by the Eurocentric standard of beauty, with one’s beauty aligned with White features. Although these ideas affect everyone, they have more of an adverse effect on women of color. As a result, women of color internalize the Eurocentric ideal and may reject parts of themselves for not mirroring the cookie-cutter imagery  portrayed in media images.

In today’s society, we see millennials combatting Eurocentric expectations and carving out space for marginalized and other groups. One ethnic feature that is often missing in parts of media or met with an onslaught of disparaging messages on its kinkiness and gravity-defying shape is Black hair. As a result, a  few Black women creators have decided to pay tribute to Black hair in the comic book industry. 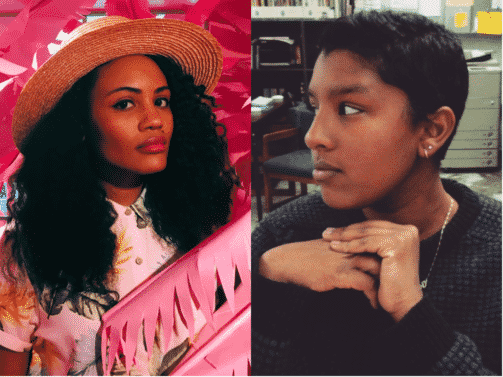 Writer Jamila Rowser and illustrator Robyn Smith have created the Wash Day comic as a way of empowering Black women with regard to their hair and teaching them self-love as a revolutionary act. It is a 27-page slice-of-life story with script edits by J.A. Micheline. Wash Day follows Kimana, a 26-year-old woman living in the Bronx, as she cares for her long, thick hair. As Kimana goes through her Sunday morning rituals, we experience the highs and lows along with her—fresh coffee, rising rent, girl talk and catcalls.

Rowser, inspired by her own wash day ritual and desire to read more comics by and for women of color, decided to follow these words from the great Toni Morrison: “If there’s a book that you want to read, but it hasn’t been written yet, then you must write it.” 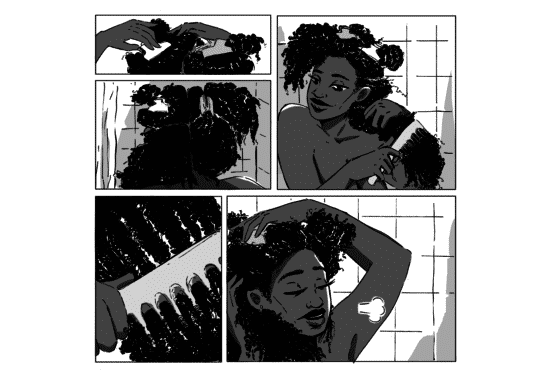 Wash Day is Rowser’s self-published debut comic that was successfully funded on Kickstarter two days after its campaign launch. Now the team is striving for bigger goals in hopes of spreading the representation. EBONY spoke with Rowser and Smith about the societal impact of the comic, the power of Black hair and what it was like to get community support for their venture.

EBONY: What is one reason you focused on Black hair?

Rowser: My hair is a big part of my life, from the time it takes to care for it to the thoughts I have about how to present it in society while avoiding racism and microaggressions. I know the experience of all Black women and their hair isn’t the same, but there are many experiences we  share. I wrote Wash Day as a way to honor Black women and our hair. I know how much time (and money) many of us devote to our hair. [Regardless of] whether it’s in spite of it being one of the most contested parts of our body, I want Black women to know that they are seen and their time and self-care are revered.

Who are some Black girl hair goals?

Rowser: I’m always inspired by the creativity shown in the way Black women style their hair. Black hair shows and Shani Crowe’s work are good examples of how our hair is literally art. 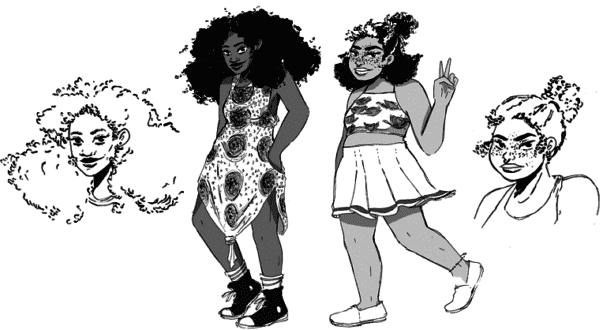 As a writer, reader and illustrator of comics, do you think you’re affected by a lack of representation in the industry?

Rowser: Certainly. Although we have made steps forward in representation as far as creators and characters, mainstream American comics is still mostly a White boys’ club. This is why I tend to read more indie comics and manga;  I can find myself in those stories more than I can in Marvel and DC Comics. The success of the Black Panther film is a prime example of what can happen when we finally see ourselves in the type of stories that we love.

There are a lot of talented cartoonists, writers and illustrators creating and publishing diverse stories by and for marginalized folks. But it may take new comic book readers a bit more time to discover these stories because they may not find many of them at their local comic book store. Places like Kickstarter, comic conventions, art festivals and databases like Cartoonists of Color, Queer Cartoonists and The Ormes Society’s Database of Black Women Comic Creators are good places for them to start. Librarians, comic and bookstore employees can also recommend comics for new readers, even if they don’t carry that comic in their library or store. Or even a Google search.

Robyn Smith: Of course! Growing up in Jamaica, I mostly had access to mainstream American comics like Marvel, DC and Archie comics. Although I enjoyed reading them, I noticed the lack of representation, so it was easy to place myself outside of the industry. I was always interested in illustration, but I didn’t really see how what I made could become a part of it. Comics have changed a lot since then, but there’s still room for improvement. I feel like there is a place for me now, but my confidence in its permanence wavers, so  I work as hard as I can to ensure it stays and to help make even more space.

Do you think this will shift representation for Black women in comics?

Rowser: I hope it will. Even if it’s just a little. I hope Wash Day can reach women who don’t typically read comics and open their eyes to the different stories that exist out there. Comics isn’t just superheroes and capes; that’s well and good, but there are more stories out there. With more women of color reading comics, I hope there will be more inspired to write their own.

Smith: I think It will contribute to the effort being made by the force that is Black women in comics.

What was the most surprising aspect of meeting your campaign goal?

Rowser: I was sincerely surprised that our goal was met in less than 48 hours. I thought the comic might be too niche and take much longer to reach its goal, but I was happily proven wrong. I think it goes to show how much a story like Wash Day was needed and wanted in this space.

Smith: The unbelievable love and support people have shown and how quickly it’s been funded!

What was the most unbelievable backing you received?

Jamila Rowser: I don’t want to make it too hot, but I will say one of my favorite authors who is also a Pulitzer Prize winner backed the campaign. I reached out [that person] for advice, really just shooting my shot and figured the worst that could happen was nothing. And not only did [that person] back it but was also kind enough to respond to my email with advice. I still can’t believe it. 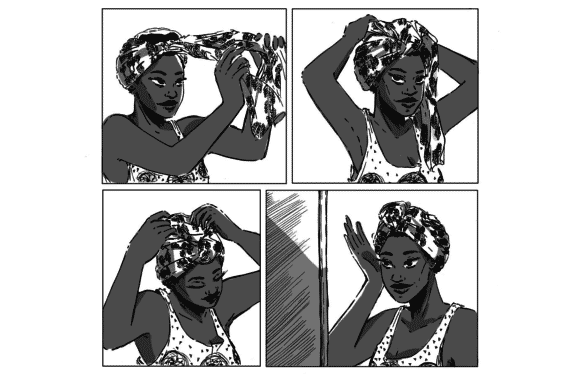 You can contribute to the Wash Day campaign (https://washdaycomic.com/) to get your hands on a physical copy of the comic. The Kickstarter campaign runs through May 4.