As if going through extreme financial strife isn’t enough, a White jogger from Oakland, California, dismantled the encampment of a homeless man named Drew and tossed his possessions into a nearby lake.

The unidentified jogger was confronted by passersby for destroying the possessions and he was called out for trashing the lake, according to AJ+.

Yesterday in Oakland jogger found throwing a peaceful homeless man’s possessions in the Lake. . What has this town come to?! #JoggerJoe #BbqBecky #Oakland pic.twitter.com/QAldK6VIRy

Coincidentally, the park near Lake Merritt is the same area a White woman called police on a Black family for barbecuing. 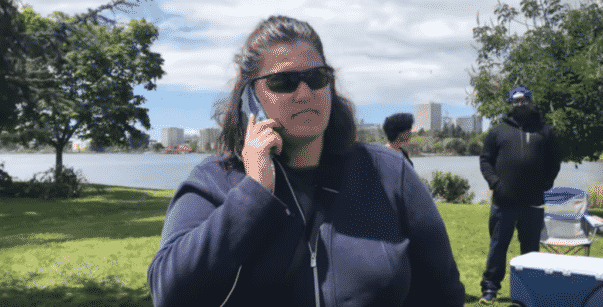 Since the video went viral, Oakland residents have provided Drew with new clothes and blankets.

“I’m appreciative for it. I’m still smiling you know?” Drew said about the donations.

Check out this video, created by AJ+.

This is the moment a jogger dismantles and tosses the belongings of a homeless man into a lake. pic.twitter.com/aPkk5zKnwp