[UNSUNG SHEROES] Dr. Barbara Ross-Lee Is a Star in Her Own Right

By #TeamEBONY  | March 30, 2016
Share
It’s hard to stand out when you’re the oldest of five talented siblings, one of whom is internationally recognized superstar Diana Ross, but Dr. Barbara Ross-Lee, D.O. has done more than all right for herself.
She has spent nearly 40 years as one of the leading osteopathic physicians in the country and was most recently appointed dean of New York Institute of Technology College of Osteopathic Medicine at Arkansas State University (NYITCOM at A-State), which is set to open its doors in early August 2016. Discovering a passion for medicine at a time when there were few examples of Black physicians to follow and little was expected from an inquisitive Black girl, Ross-Lee not only defied, but pulverized the systematic barriers.
Of course, she encountered racism and sexism during her career, but neither diverted her passion or pursuits. “It was always about a perception of your ability,” Ross-Lee explains. “During my clinical years, there were patients who wouldn’t see me because I was Black or because I was a woman or both. If they didn’t want my help, it was okay. I never let that be the determinant of what I was able to achieve.”
With an interest in science, Ross-Lee attended Wayne State University as a biology and chemistry major, which led to her first job after school working in a lab as a medical technician. She eventually earned a Masters of Arts in Teaching Special Populations but when Michigan State University opened its doors in 1969 specifically recruiting minority students to a new College of Osteopathic Medicine, Ross-Lee didn’t hesitate to apply.
“Every young person aspires to be a doctor or lawyer when they’re in high school. One day, I said I will grow up and be a doctor, and with the dawn of the Civil Rights movement, a medical education became much more accessible,” says Ross-Lee. “I grew up at a time when it wasn’t common to see a Black physician, and there was some naiveté on my part but I saw there was a potential opportunity and I took it.”
It’s that kind of chutzpah that led the then 28-year-old single mother to take on the additional responsibility of something as monumental as medical school. “At the time I had a lot of family support. I took classes and worked at night so I could be home during the day with my kids. I didn’t think of it at the time, but I was simply organizing my life and doing what needed to be done,” Ross-Lee recounts.
She has become a champion in the world of Osteopathic medicine. Doctors (known as DOs instead of MDs) are trained to focus on a holistic approach to health and wellness, paying particular attention to the musculoskeletal system. The field incorporates the latest medical techniques and traditionally has a concentration in primary care or family medicine.
After graduating from medical school, Ross-Lee opened a Detroit-based private practice in 1973 where she remained in service for the next 10 years until joining the U.S. Navy Reserves and then moving on to teach at Michigan State University. Working as a professor, it was the first time she recognized she could simultaneously meld her two passions: medicine and instruction.
“I love teaching. I taught middle school up until I started medical school. I wanted to use my love for science as a part of a way to help people. After being in practice for 10 years, I was happy to be able to back to it,” says Ross-Lee. 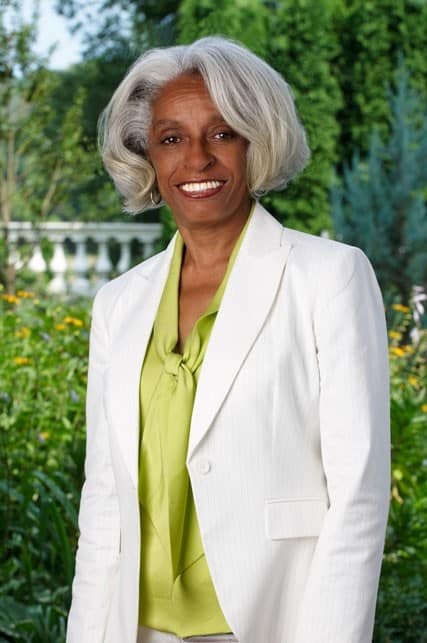 In the years following, the 73-year old has spent every moment of her career dedicated to the service of healing and teaching others. In 1993, she cemented her legacy as a game changer, becoming the first African American woman to be named dean of a medical school in the United States at the College of Osteopathic Medicine at Ohio University. In 2002, she was named dean of New York Institute of Technology College of Osteopathic Medicine. After countless lectures, papers and seminars, training the next generation of Osteopathic doctors, should be a piece of cake—not! Ross-Lee is shouldering the responsibility of opening only the second medical school ever in Arkansas, which ranks 49 out of 50 states in having the worst health status (obesity and adult diabetes) in the country. The lack of access (including proximity) to affordable health care, even in the wake of all President Obama has done, and a dwindling number of trained medical professionals in the state has left its residents (usually poor and Black) in critical need of proper healthcare.
One solution is providing this additional institution to train new doctors which is where NYITCOM at A-State comes in. The medical students have been selected, professors have been hired, and Ross-Lee and her team have developed the curriculum by which these individuals will be trained, eventually conferring them with Doctorate of Osteopathic Medicine degrees. They will be working in collaboration with the NYITCOM’s Old Westbury campus utilizing the latest technology for a shared, collaborative experience.
“The new students in Arkansas will have a chance to interact with the students in New York,” says Ross-Lee. “Lectures, will be shared between the two campuses and faculty and students will be able to interact using their own social media program. They will learn anatomy, robotics and telemedicine in ways they never have before. Our students will become competent in their clinical care.”
Ross-Lee has faced stiff competition all her life. When you’re Diana Ross’ sister, you know you have to have you’re A-game on point. Becoming a nationally renewed expert in Osteopathic medicine and a leader in health policy issues has made her an international rock star in her own right— one who still fundamentally understands the reason why she began this journey in the first place and why she still does it all to the fullest today.
“I teach my students to have a commitment for medicine, a respect for the patient and never forget that this a service based profession and your job is to perform a service for your patients.”
Wendy L. Wilson is a New York based, award winning journalist and former managing editor for EBONY and JET magazines. Follow her rants, raves, and reviews on Twitter @WendyLWilson_
Inset photo: New York Institute of Technology

WalkGood LA Is More Than Just a Fitness Meet Up, It's a Total Wellness Movement