Yes, We Can...Swim: Teaching Your Kids About the Water

It was after midnight when Michael Phelps told me that the basketball guys were downstairs. I was with my teammates in the athlete dorms at the 2008 Olympics in Beijing. After Rafael Nadal and Roger Federer, the USA basketball team players were the biggest celebrities around.

I was one of the last people to the front of the apartment building. But sure enough, there were Kobe Bryant, Carmelo Anthony and LeBron James, shaking hands and taking pictures with my teammates. There were also being ambushed by anybody walking by. As I approached, I realized all the basketball guys were looking at me. The first person to say something was LeBron.

Everyone laughed. As an elite Black swimmer, I know all too well how uncommon I am. We’ve all heard, way too many times, the phrase “Black people can’t swim.” I’m one of many living cases of that not being true, swimming lap after lap while training at SwimMAC Carolina on the road to the Olympic Games.

Over the course of my career, I’ve come to learn that this isn’t a laughing matter. Seventy percent of African-Americans can’t swim, according to a report from the USA Swimming Foundation and the University of Memphis. And that makes us three times more susceptible to drowning than any other ethnic group in the country. Black children drown five times more often than White children. 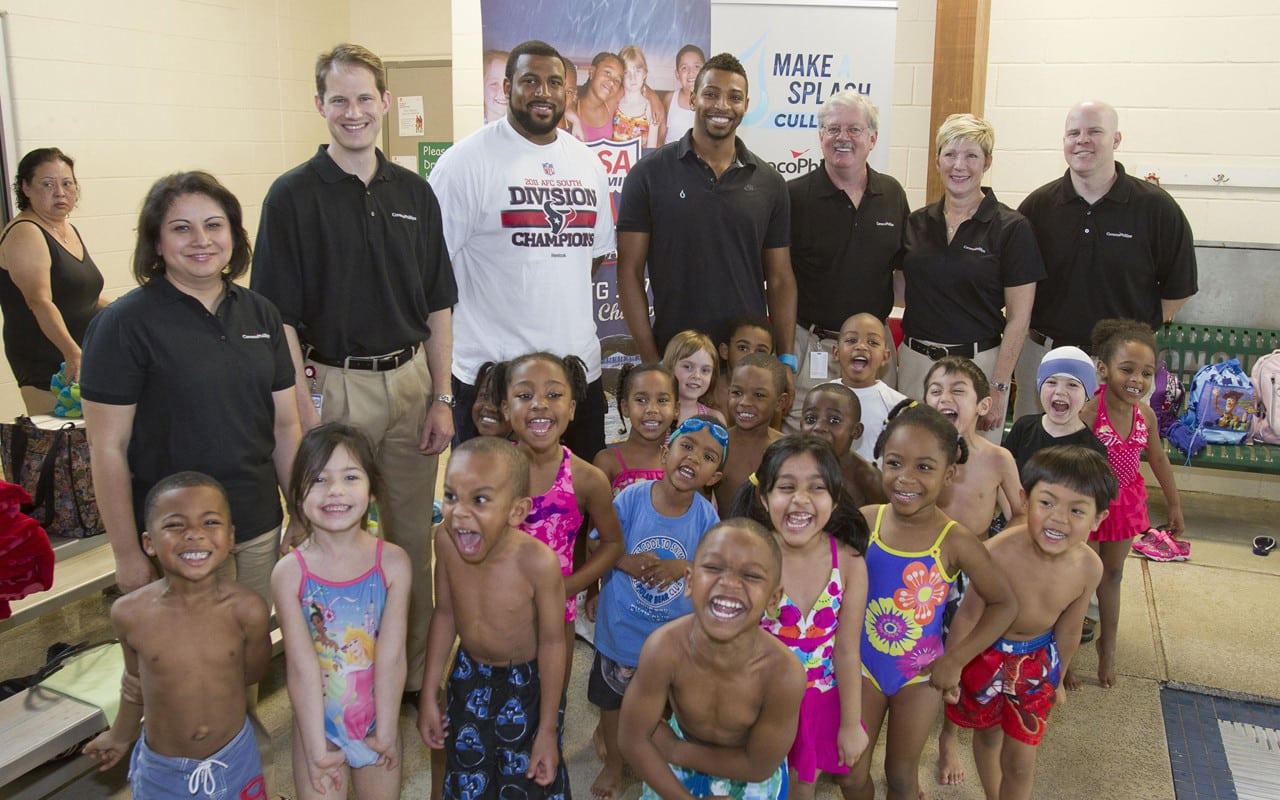 That’s why I’ve been so committed to work as an ambassador with the USA Swimming Foundation for the last eight years. There is a solution to drowning, and it’s getting children into life-saving swim lessons.

When I was 5 years old, I nearly became one of the 10 people per day who drown. I loved being in the water, so one weekend, our family went to Dorney Park, an amusement and water park in Pennsylvania. I wanted to go on the largest water slide, and because I was a very tall 5-year-old, they let me on.

My dad went down first, I went down second and my mom came down last. My dad made me promise to hold on to the tube. I wasn’t heavy enough to hold down my inner tube and, in the middle of the ride, I flipped upside down. When the ride spit us out, I couldn’t pull myself above it.

My mom tried to save me. But she couldn’t swim, either—she had only been comfortable going on the ride because of the inner tubes—so she was drowning on the other end of the pool. By the time the lifeguard got me, I had to be resuscitated. I vividly remember two shadows over me, the lifeguard and my dad. I was later told tthe first thing out of my mouth was, “What ride are we going on next?”

There were no more rides, and I was enrolled in swim lessons within the week. It took a little while before I was comfortable in the water again. That’s where my story departs from those of too many Black kids.

Fear may be the biggest factor in whether a Black child learns how to swim—their parents’ fear. The children I work with might start out kicking-and-screaming terrified, but after a half hour they’re bragging to their parents that they can swim. But if parents don’t swim—like mine—there is more than an 80 percent chance their children will not learn how to swim either, according to the USA Swimming Foundation. And so many parents, faced with the very real danger that water poses, opt to shield their children from it.

My neighborhood was no exception. Where I grew up, in Irvington, New Jersey, there were no pools. I was friends with a swimmer, and she asked me to come to one her meets. I had been running track and playing basketball, but watching the boys’ heats, I just thought, I could beat that guy. I got competitive.

My first team was at the Jewish Community Center. I had to take a bus to school, then after school take a different bus to downtown Newark, then walk five blocks to get to the pool. I was the only Black person on the team – and the only one in the building.

Another hurdle to getting in the pool is physical appearance. Whether it’s our hair or how our bathing suits fit, it’s a big obstacle. My mom is the perfect example. She’s learning how to swim now, and she’s decided to let her hair go all natural. But for many years she spent so much money to get her hair done, and the second she hit the water it was gone. It’s no wonder she didn’t want to swim.

So what I say to Black women is: It’s like riding a bike. You don’t have to continuously get in the water, and you’ll never forget how to swim. So take a summer, put your hair in braids and learn how to swim. It’s going to change your vacations forever.

After winning the gold medal in 2008, I decide to embrace my visibility as a role model with the help of the USA Swimming Foundation, a nonprofit that provides free and reduced-cost swimming lessons. 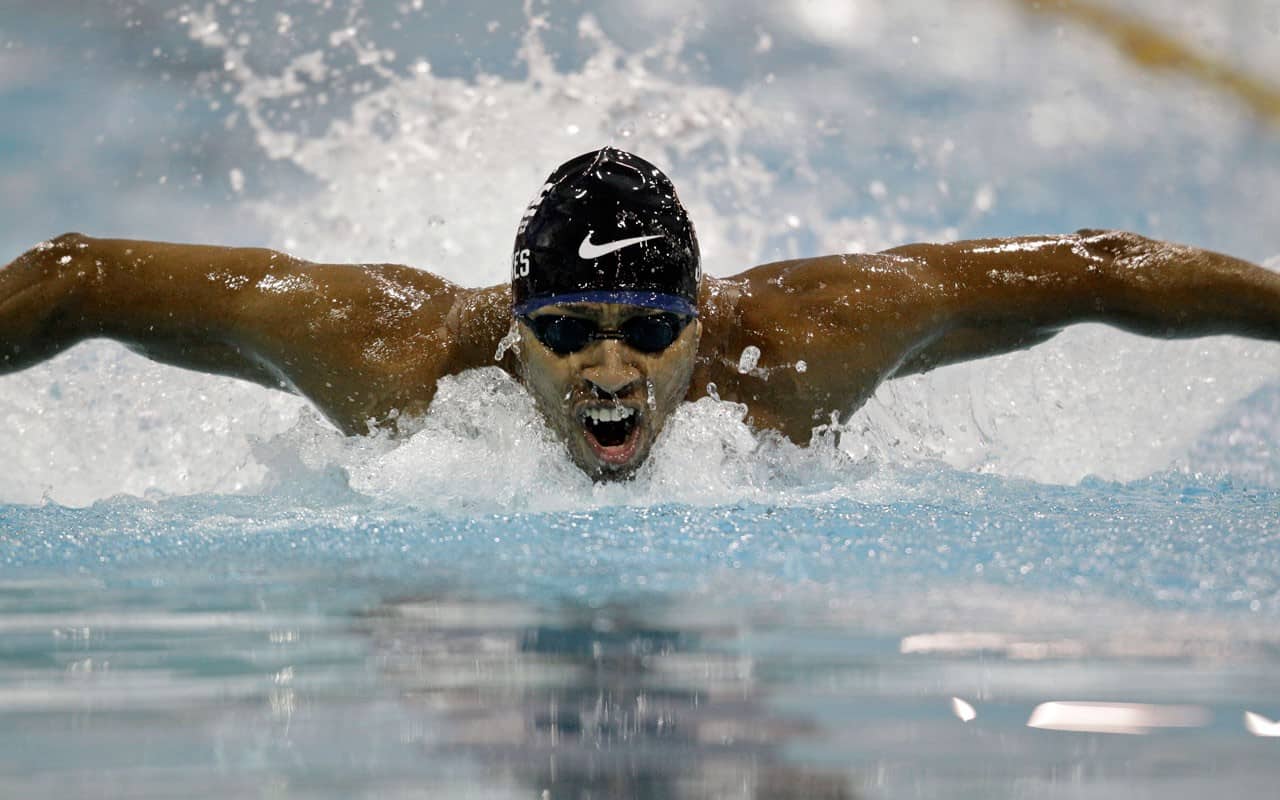 The USA Swimming Foundation provides the opportunity for every child in America to learn to swim, regardless of financial circumstances. Through the 725 Make a Splash local providers across the country, more than 4 million children have received the lifesaving skill of swim lessons. The USA Swimming Foundation has granted more than $3.7 million for free and reduced-cost swim lessons.

Most African-American children don’t have the opportunity to learn to swim at an early age. By the time they’re young adults, they are either too afraid or feel they don’t need to learn to swim. At that point, they see water like fire. And I understand where they’re coming from. My parents almost lost me.

But if people continue to avoid the water, this cycle—which has been deadly for the African-American community—will continue. And we’ll be missing out on a lot of fun opportunities and potential memories.

Cullen Jones is the winner of two gold and two silver Olympic medals and is an active ambassador for the USA Swimming Foundation’s Make a Splash initiative. For more information, visit USASwimmingFoundation.org.