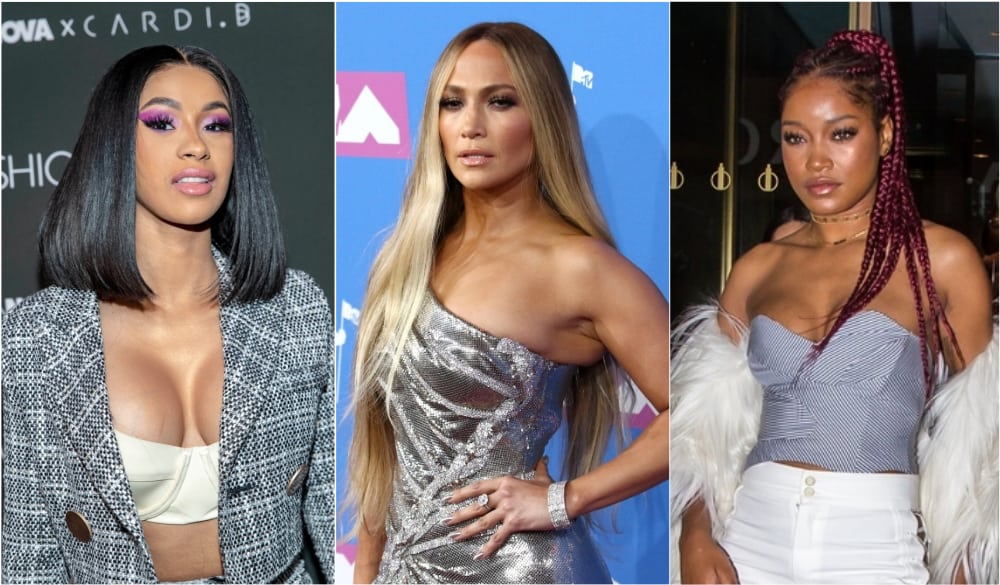 Jennifer Lopez has been hard at work preparing for her next major film, Hustlers. Deadline now reports that Star actress Keke Palmer and Bronx rapper Cardi B have officially joined the cast.

The new film will follow a crew of former exotic dancers as they take on their Wall Street clients and is also set to star Julia Stiles, Constance Wu of Crazy Rich Asians, Riverdale’s Lili Reinhart and Oscar-winner Mercedes Ruehl. The STXfilms production will begin filming March 22 in New York City.

Hustlers will mark Cardi B’s feature film debut. The role seems fitting, as the Grammy Award-winner is a former exotic dancer herself. She and J. Lo also previously worked together on Lopez’s 2018 single “Dinero.” Check out the Selena actress as she preps for Hustlers below.

“We could not have asked for a more exciting or talented lineup of performers to join our cast,” said Adam Fogelson, Chairman of STXfilms. “STX is thrilled to reunite with [producers] Jennifer, Elaine and Benny to bring this unexpected, entertaining and often shocking story to the big screen for audiences worldwide.”

“I’m thrilled to have the opportunity to work with this dynamic group of women,” said writer-director Lorene Scafaria. “We’re grateful to have assembled such a powerhouse cast and can’t wait to start filming at the end of the week.”

In this article:Cardi B, jennifer lopez, keke palmer, movies

Estelle Is ‘Excited’ for the Variety of Women in Hip-Hop