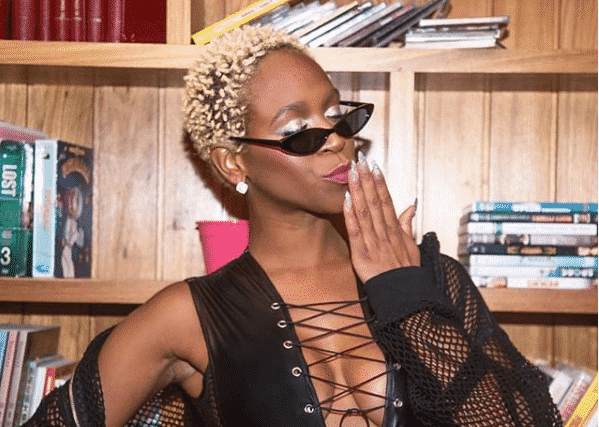 Hip-Hop has become the leader in mainstream pop culture. As a result, much of the current industry artists and aspiring musicians that are promoted to the masses are of a hip-hop background. Due to the high visibility of rap culture and whitewashing of musical genres, casual music listeners can often forget that Black artists are responsible for creating a range of music such as house, funk, jazz, folk, and ragtime.

In celebration of Black Music Month, EBONY wanted to spotlight Black artists that have excelled outside of the niche of hip-hop and R&B, and who are widening the scope of Black music by breaking the stereotyped rules of the music business, mixing genres and cultures across the world.

Take a look at our list of artists below:

The singer-songwriter describes his music as “black roots music for everyone,” and it is a blend of blues, R&B and roots music. In 2015, he won NPR’s Tiny Desk contest and released his album The Last Days of Oakland the following year.  In 2017, the album won the Grammy Award for Best Contemporary Blues Album.

The Nigerian artist quickly rose to fame when her first single “Fasta” was released in the summer of 2017. Within the first two weeks of its debut, the song was chosen as the hottest record in the world by DJ Annie Mac of BBC Radio 1. Kah-Lo has previously been known for her feature work with Riton, especially the 2016 single “Rinse and Repeat,” which was nominated for Best Dance Recording at the 59th Grammy Awards. She is currently bringing her electronic, dance and house-infused music on an international tour, she previously opening for New York-based band Sofi Tukker in North America.

When speaking about Black guitarists, Clark’s name should be at the forefront of the conversation. He was declared the “Best Young Gun” by Rolling Stone in 2011. He is best known for his fusion of rock, soul, blues and hip-hop, though there isn’t a modern genre he has not played. While mainstream America may not know him by name, Clark has performed alongside rock ‘n’ roll legends such as B.B King and Eric Clapton. He performed the guitar solo on Childish Gambino’s “The Night Me and Your Mama Met,” but as a musician, he also plays the drums, trumpet, keyboard and harmonica.

The multi-instrumentalist collected eight awards at the 31st annual Austin Music Awards in 2013 including Electric Guitarist of the Year, Songwriter of the Year and Musician of the Year. He won a Grammy Award for his song, “Please Come Home” for Best Traditional R&B performance in 2014, as well as, a Blues Music Award for Contemporary Blues Male Artist of the Year in 2014 and 2015.

His cover of the Beatles’ No. 1 “Come Together,” became his first charting single on the US chart peaking at #15 on the Billboard Mainstream Rock Songs chart in early 2017.

The bass-heavy duo from South London consists of Amy Love and Georgia South, who fuse punk rock and grime, which is a musical genre that draws influence from dancehall, reggae, ragga and UK garage and jungle, that emerged in London nearly two decades ago.

The pair prides themselves on being females of color who play heavy metal. Though they are still early in their music careers the band has performed at NME’s Future Sounds of London show and appears on the bill for this summer’s Afropunk festival in Brooklyn; their music has also been featured on several of the Afropunk mixtapes.

TV On The Radio

The indie rock band was formed in 2001 in Brooklyn, New York and has been associated with acts such as the Yeah, Yeah, Yeahs, David Bowie and Nine Inch Nails. The group has released six projects from 2003 to 2014, and their music has been featured on hit shows such as The Blacklist, Breaking Bad and Portlandia. They have performed at Afropunk several times throughout the years and have just under 1.2 million monthly Spotify listeners. There is no real category for their unconventional and challenging approach to music.

Conká is one of the most renowned female rappers in Brazil, her infectious music is a combination of traditional Brazilian music and Brazilian hip-hop, which is a derivative of American hip hop blended with the country’s cultural heritage. In 2014, her song, “Boa Noite,” was featured in the EA Sports video game, FIFA 14. Despite the language barrier that may exist, the bop of her music is undeniable.

Raiders’ Coach Jon Gruden’s Cultural Cluelessness Gets Him Axed—Who’s Next?

The New York Times referred to Washington as an anomaly in the genre of jazz for his ability to become a “celebrity.” He is a multi-instrumentalist, composer, bandleader and producer who shifts the boundaries of West Coast jazz and bebop. The Los Angeles native has played at Coachella and along with great musicians such as Raphael Saadiq, Nas, Lauryn Hill and Chaka Khan. His debut album The Epic was released in May 2015 to critical acclaim. In the same year, he played the saxophone on Kendrick Lamar’s Grammy Award-winning album, To Pimp a Butterfly. Even people are not fans of jazz can appreciate the complexities in Washington’s music.

The South African singer specializes in African EDM and Gqom music, which is a style of house music that was created in Durban. Babes is one of the leading artists pushing the culture of Gqom to the masses. She became a musical artist in 2015 after being a dancer for others. Her history as a dancer provides a different layer to her music, and she blends her lyrics with the rhythmic production. She quickly became recognized for her music having received a nomination for Best International Act: Africa at the 2017 BET Awards. Her song “Redemption” was hand-picked to appear on the Kendrick Lamar-curated Black Panther: The Album, the soundtrack to the high-grossing Marvel film starring Chadwick Boseman.

The Boston-based American band was founded in 2007 and consists of lead singer Fredua Boakye, drummer Sheel  Davé, and guitarist Salim Akram. The group creates electrifying music that blends funk rock and R&B. They have been actively touring since 2010 performing alongside artists like Kendrick Lamar, Mike Posner and Steve Aoki. They have performed on Jimmy Kimmel Live and the reboot of The Arsenio Hall Show. Their music has also been featured on episodes of shows like Empire and Veronica Mars. Boakye’s high energy, vocal execution and the band’s funky production, Bad Rabbits are unmatched in the performance category.

Twin sisters Lisa-Kaindé Diaz and Naomi Diaz make up the French musical duo, who mixes their Cuban and Venezuelan background in their music fusing jazz with samples and traditional instruments. They sing in English, French, Spanish and Yoruba (the West African language of their Afro-Cuban ancestors). Since appearing in Beyonce’s Lemonade, the curly-haired sisters have expanded their stardom from France to the United States. With their ethereal voices and modern take on the music of their ancestors, the sisters have proven to be musical geniuses.

From jazz to heavy metal and all blends in between, let us know if there is anyone you think should be featured on our list. Be sure to check EBONY.com for more Black Music Month coverage.

The Coolest Black Kid in America, No. 7: Cory Nieves