Usher has made a  name for himself since his days of rolling with Puff Daddy and catching the attention of ladies with 1993’s “Call Me a Mack.”

At just 13 years old, the emerging crooner had ears tuned-in and young girls claiming him as their boyfriend. He was super cute and confident.

Nevertheless, that would transition over to his adulthood. With his smooth style, mannish lyrics and crazy vocal ability, it’s without doubt that Usher Raymond carved out a career that would produce a string of hits, accolades and well, yeah…a bit of drama.

When the Texas-born, Atlanta-bred artist dropped Confessions in 2004, he was in a public relationship with TLC member Chilli. The song immediately alerted listeners and swarmed the Interwebs with  questions of how much truth lied in the infidelity-filled single…and then full album!

Welp, JD broke his silence about that. 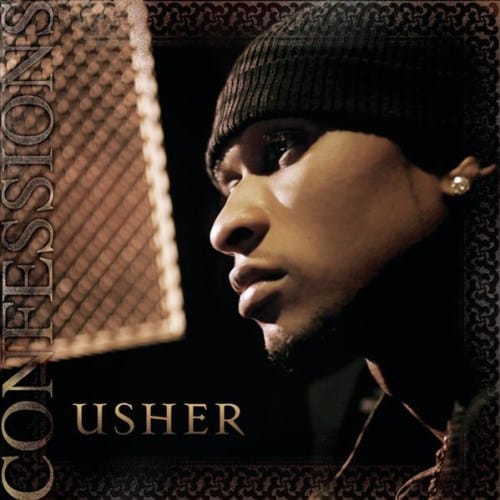 The well-executed ploy would  catapult “Ursher Baby” into the top-selling music artist bank, having sold 20 million copies, worldwide of project. Along with his slick dance moves and meticulous choreography, Mr. Raymond has maintained a loyal fanbase and continues to be an artist favorite.

In a detailed interview on “Questlove Supreme”, hosted by the infamous Questlove for Pandora, Usher opens up to his good friend about life, love (yep, he speaks on his first marriage and the controversial custody battle), and music.

Check out a few highlights below.

Artist in the middle: The L.A. Reid and Babyface feud that left Usher without an album…

“…when I first signed to LaFace Records, I wanted to do an album with Babyface and LA Reid, right? I signed specifically for that reason. So LA Reid wanted Babyface to work on me and they were going through, you know, a lot of drama at the time. They were kinda severing their ties…he got mad…And he built an entire album for me, and he gave the whole album to somebody else…Tevin Campbell! ‘Can We Talk’…was my song…”

Grown Man Status: The artist gives props to his mother and also discusses provided for his family…

“I’m a grown man in theory because I’ve always been the man of the house…I’ve elected to be the provider of the family even though my mother is the protector…she crippled me a little bit for a minute because my focus wasn’t, had nothing to do with business. Had everything to do with art and I thank her for that because I wouldn’t of established the focus that I have now…if I was always kind of trying to figure out who’s trying to take the money, where the money’s coming from, I would’ve been petty…I would have lost sight of what the goal was…”

The Confession: Usher on his one career regret…

“So there’s one thing in my career that I definitely regret, one thing. And to this day I battle with it which is why I always show support of this artist whenever he asks…So his manager comes in…They show him to me…I was working on an album at this time, they wanted him to perform on this album…I was like okay cool…Then I went to my team and they was like ‘I don’t think you should work with this artist’…Then he left…Chris Brown.”

“…that marriage and that relationship was gonna come to an end…but it served a purpose in my life…And no matter what my mother was attempting to tell me, and a lot of people were trying to tell me about that, I think a lot of it had to do with my lack thereof a father…I did not want to be a person who would just roll out…”

“…if we really want to begin to remedy some of the issues we have, we gotta be more disciplined ourselves to be people who share our information…I ain’t just talking about mentoring people in your company. Or because it’s a company duty and responsibility to do that shit. No, find people to mentor and talk to them. Bring them together. Create groups, talk to them as a collective because you got insight and offer that.”

Tune-in to Pandora for “Questlove Supreme” and get the full interview, today 1PM est!