Just 90 miles from Florida’s southern coastline is a mysterious island full of vibrant color, vintage cars and vigorous spirit. With its rich but polarizing history, Cuba piques the curiosity of most U.S. citizens because of the natural desire to want what we can’t have – and for years, U.S. travel to Cuba was largely off limits. The self-proclaimed “curious, conscious and creative” director, F. Gary Gray, best known for films like Straight Outta Compton, Set It Off, The Italian Job and Friday, had the opportunity to spend several months in the formerly forbidden land directing the upcoming installment of the Fast and Furious series, Fate of the Furious.

Considering himself an “advanced adventurer,” F. Gary Gray strays from the tourist traps and dives into the heart of the people everywhere he travels. “Any time you move around, it stimulates growth. I’m a learner. I love to learn about everything.” EBONY sat down with this global professor to discover the true beauty of the country through his lens and share it with you so you can book your visit.

“When I read the part of the ‘The Fate of the Furious’ script that starts down in Cuba for the beginning of the movie I thought, ‘that’s not only interesting but that would be historic if we could take an American film down to Cuba given the restrictions.’ We had to deal with both governments and really go through this incredibly tough process logistically. We pretty much had to bring the infrastructure which was good in one sense because Cuba is somewhat untouched. It’s like going back in time. And so while it may have been a little inconvenient for us for stuff that we needed, it was amazing to experience the culture, the history and the people.”

Nearly everyone that visits Cuba talks about the vibe of the people, “When we were there you could feel the enthusiasm from the people that we interacted with. You could feel that enthusiasm throughout our interactions not only with our crew and counterparts but with the public in general,” says Gray.  If you’re looking for a great place to mingle with the locals, he suggests heading to El Litoral Restaurant for great food and conversation. 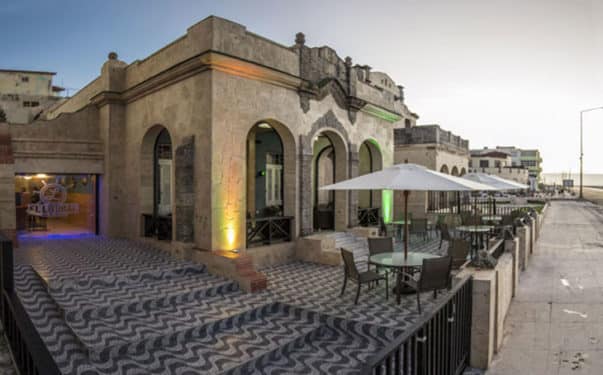 One of the unique things about visiting Cuba is that it forces you to disconnect from the rest of the world.  According to Gray, this was simultaneously one of the hardest, yet most refreshing parts of his visit to the island paradise. “When you can walk for 3 to 4 miles and not see a billboard, you tend to focus on different things and that’s something we noticed right away. Their priorities are a little different.  You’re more focused on the person in front of you instead of a lot of the distractions we experience as Westerners, more specifically Americans. When you live in a culture that doesn’t have much of those things to distract you, you to tend to focus on what’s important. We didn’t have much access to internet at all. You’re forced in a sense to interact in a different way. At first it’s jarring, and then when you’re a week into it, it’s refreshing.”

If you truly want to get back to basics and disconnect, Gray suggests taking a road trip to Varadero Beach to soak up the sunshine and clear your mind. 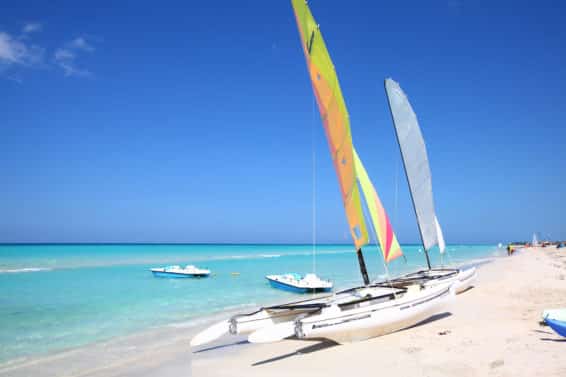 “Havana, Cuba is a standing work of art. There are not many directions you can point a camera and not get a great shot. The cantinas, the shots of the buildings, the colors and the history; even how its aged is beautiful. Definitely head to Reina Street to capture photographs of buildings with vibrant colors. I can’t tell you how long that’s going to last, but that’s something that stood out to me.”

“The biggest thing is the heart and the pride, and how inventive and creative they are as a people and a culture. Some of the restrictions they’ve had to live under put them in a very specific space. You have to be creative in those circumstances and when you see someone who has an American car from the 50’s and it’s been running for the last 60 years and they have no access to American car parts, but they have this thing running like any car we have on the road today – that’s pretty ingenious. The ability to use what you have and be creative about it is inspiring.” 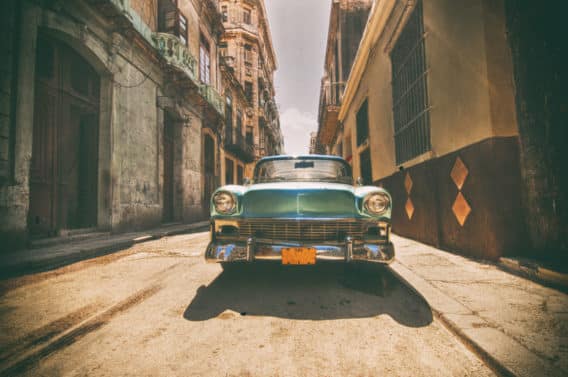 Despite all his travels, after returning from Cuba, Gray found that he came home with something deeper than a souvenir – a true understanding of happiness. In Cuba, they don’t have a ton of resources but they still find happiness and love, and it’s not centered around what’s earned in terms of material things.  And I’m not saying there’s anything wrong with material things – but clearly in love and happiness, it isn’t required.

Catch ‘The Fate of the Furious’ in theaters nationwide TODAY.