Over the weekend, clothing giant Old Navy shared an ad on Twitter announcing a sale. While the tweet was pretty innocuous, the hate that it triggered was not. 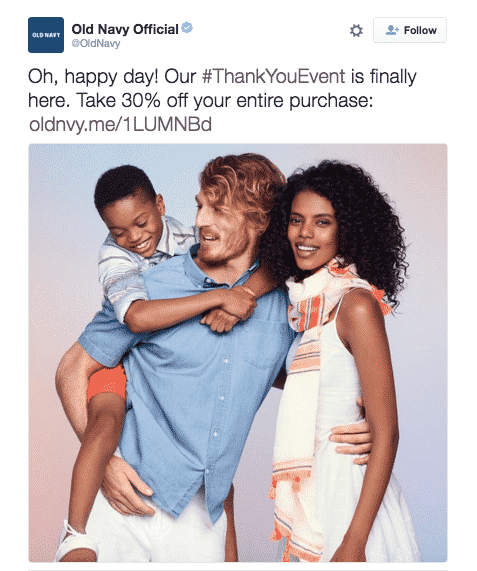 Like all Old Navy ads, the tweet featured an impeccably styled couple with their super cute child in tow. The only difference? The woman was Black and the man, presumably her husband and the child’s father, was white. Almost immediately after the brand shared the image, racist trolls inundated the company with hate. 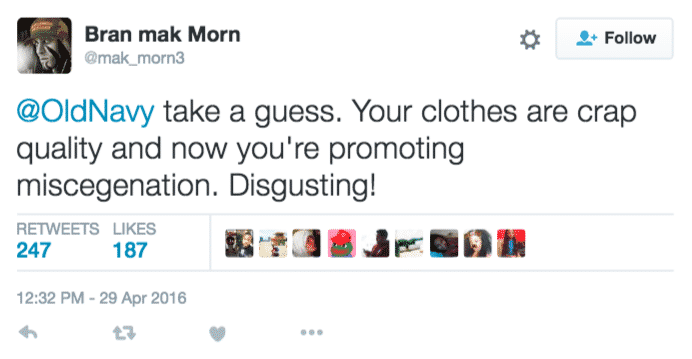 Old Navy has done a pretty good job of being inclusive in their advertisements, and after they were attacked by racist trolls, many chimed in to show their support for the brand and show off their interracial family.

.@OldNavy Props on this ad! My family and I appreciate it. #RepresentationMatters pic.twitter.com/ZXQ8YbT0QS

Hey @OldNavy, my family and I thank you for the diversity in this ad! #LoveWins, no matter the color ❤️ pic.twitter.com/TjgYUPMGu4

To the people upset about the #OldNavy “Scandal” of an a picture of a mixed race marriage, eat it. @Reneeitchka pic.twitter.com/yA5YwbZRcm

Dear @OldNavy – thank you. My mom and dad in the early 70s. #lovewins pic.twitter.com/1DmcKOVVtN

Old Navy has yet to respond to the racist hate it received, but judging by the outpouring of support from its customers, they don’t have to.