Both Tami Roman and Snoop Dogg have built online followings by being the first to keep it real on hot topics of the day. Shortly after the Long Beach rapper hit up the reality star on Instagram about a possible collaboration, The Shade Room reports the two are set to star in a late-night comedy series entitled, Get Into It…Forizzle.

Roman’s rant on Kim Kardashian’s latest nude flicks prompted the Doggfather to reach out, commenting, “I got my scarf on. When we gone have a one on one talk about this sh*t we keep seeing?”

A post shared by BonnetChronicles™ (@officialbonnetchronicles) on Jan 30, 2018 at 7:21am PST

In addition to their hilarious commentary on the events of the day, TSR reports #GetIntoItForizzle will also feature celebrity interviews, sketches and performances. Filming will begin in March. 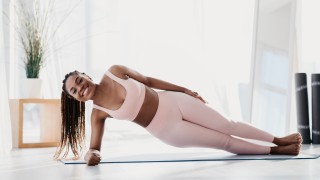 12 Fashionable Workout Sets to Set Off Your Fitness Resolutions