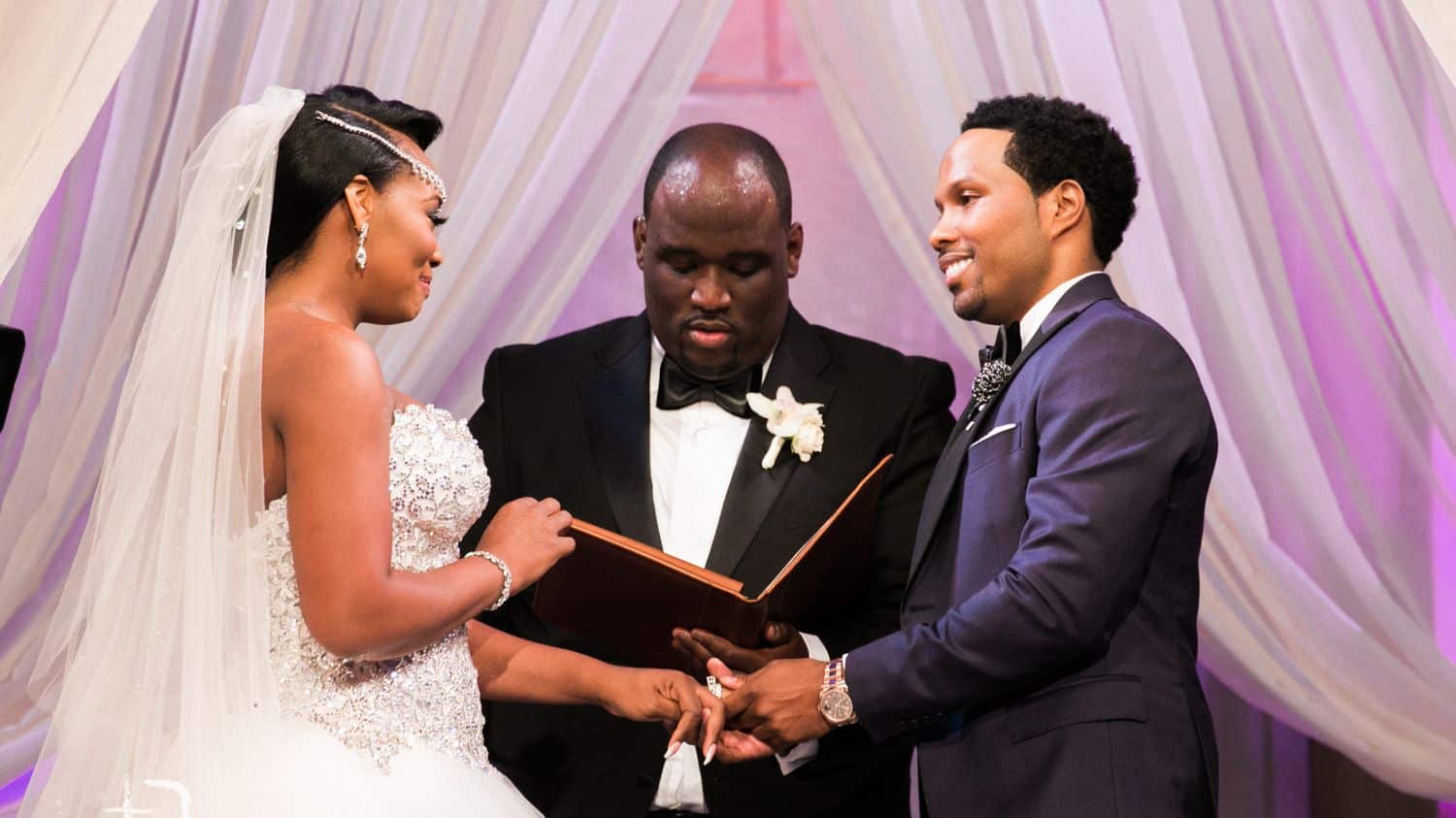 Yandy Smith-Harris and Mendeecees Harris had a grand wedding in 2015 but never legally wed.

Yandy Smith-Harris has reminded the world of something very important: It’s okay for a woman to put herself — needs, sanity and security— first.

Over the last few weeks the Internet has been buzzing over the news that the stars of VH1’s Love and Hip Hop, Yandy Smith-Harris and Mendeecees Harris, are not legally husband and wife. Yes, this is despite 2015’s super size wedding special and Yandy’s incessant use of the word “wife” to verbally chin check her hubby’s exes (and mothers of his two oldest sons), Samantha Wallace and Erika DeShazo.

Apparently, after the beautiful wedding, Yandy never filed the legal documentation to finalize her union with Mendeecees with the government. In the past, there were rumors that Yandy failed to sign on the dotted line because she didn’t want to be obligated to pay child support to her partner’s exes while he served close to a decade in prison.

On Monday night’s episode, the reality star shared that she didn’t want to be legally obligated to pay for any of Mendeecees’ debts — including the restitution he has to provide the government for his criminal conviction. In another shocker, Mendeecees, who is currently in prison, was under the impression that his wife filed their paperwork after his criminal case was closed last year, the assumption being that she would not be responsible for a any payments since his restitution would be considered a prior debt. The million dollar question is whether Yandy’s behavior was shady or smart? In truth, it’s a bit of both.

SMART —  She put herself first

There have been countless concerns and side-eyes around the fact that Yandy (a college grad with a a thriving business) was even dating a reformed hustler. The truth is that many women are attracted to former bad boys. Unfortunately, many do not protect themselves. We read/hear/gossip about countless stories of women who have made financial decisions they later regreted in the name of love. It’s commendable that Yandy found the strength to think beyond pleasing her man, and others, and think about what she wanted for herself beyond having an MRS and how achieving one goal could impede all of her others.

SMART — She considered her children

With her partner in prison, the reality is that Yandy is the sole provider for her little ones with Mendeeccees. Placing herself in a  situation where she has to also repay his excessive debts negatively impacts her ability to provide a home that is financially and emotionally stable for their kids.

SMART — She talked to friends after making her own decision

There is often pressure to consult well-meaning loved ones when making tough life choices. The fact is that friends don’t always give you the best advice — even if they have good intentions. Waiting until after she made her choice allowed Yandy to weigh all of the factors that were important to her family’s ability to thrive sans the romanticism of the moment.

SHADY — She left her husband in the dark

This is Yandy’s biggest flagrant foul. She and Mendeecees are teammates and leaving him in unaware of her “mail-off”  delay undermines their trust. It is unfair to keep your mate so under-informed about such a huge life choice.

SHADY — She hasn’t been 100 percent honest with herself

Yandy’s phone conversation with Mendeecees during the episode illuminated a few more issues. First, she hasn’t felt comfortable being crystal clear about what being a wife — societal norms vs. personal desires — looks like for her. Second, she hasn’t had a space to open up about the importance of financial security in her life and the full breadth of her concerns around those obligations in the confines of marriage. And last, what compromises is she truly willing to make with her significant other over the next few years of their separation, and as he rebuilds financially, since he seemingly would take great pride in being legally wed.

What do you think? Were Yandy’s actions smart or shady?

S. Tia Brown is the Lifestyle Director at EBONY and a licensed therapist. She also believes in love and the power that it gives. Follow her @tiabrowntalks.

Money and Matrimony: For Richer, Not for Poorer

Emmett Till: Woman Reportedly Lied About Claims That Led to Teen’s Brutal Murder