Women Globally Set Out to Walk Like Harriet Tubman

On March 10 and 11, a movement will be taking place. Literally.

Thousands of Black women and girls across the world will gather to participate in the fourth annual #WeAreHarriet celebration to honor revered Civil Rights leader Harriet Tubman, and to walk their way to great health. Conceived and organized by GirlTrek, the largest nonprofit and health movement dedicated to get Black women and girls to develop a daily routine of walking, #WeAreHarriet draws inspiration not only from Tubman, but also from the walking legacy of the Civil Rights struggle.

The weekend will kick off with “Harriet House Parties” on Friday, March 10 (also Harriet Tubman Day), where women will set health intentions and ask the community to hold them accountable to their health goals. On Saturday, March 11, women will gather with friends and family in parks and on the streets of their neighborhoods to walk together. College students across the country will also meet up on campuses around the nation to lead walks around their schools.

According to the Centers for Disease Control and Prevention, 59 percent of Black women over the age of 20 are obese, while the Robert Johnson Wood Foundation’s Leadership for Healthy Communities program reports that among adolescents, 42.5 percent of Black girls ages 12 to 19 are obese and overweight compared with 37.3 percent of Black boys the same age. 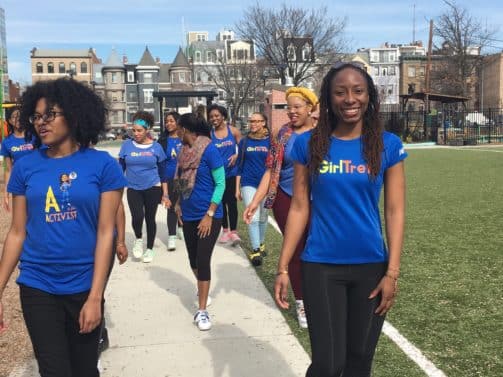 The celebration prides itself on being a positive environment that encourages African-American women and girls to improve their health and wellness, and a way to bring sisters together for bonding, camaraderie, support, and change—which is needed more than ever during such uncertain times.

“Since the beginning of GirlTrek, self-care has been the revolutionary act that has grounded everything that we do. Too often Black women place the needs and desires of everyone else around them ahead of their own and the stress of carrying this load is weighing us down,” says Vanessa Garrison, GirlTrek co-founder. “Given the current political climate of our country, it is even more important that GirlTrek works to reestablish walking as a healing tradition. Harriet Tubman was bold enough to believe she could be free and brave enough to walk to freedom. If she could walk with the slave catchers after her, we have no excuse for not getting up to literally walk to good health.”

Four years ago, Garrison and T. Morgan Dixon, the other founder of GirlTrek, rounded up just about everyone they knew for a 100-minute walk on the National Mall in Washington D.C. to honor Harriet Tubman. It was the centennial of her death and the two did not want to let that moment go by unnoticed.

“At the time, we had no idea we were creating the #WeAreHarriet celebration and reestablishing walking as a healing tradition in the Black community,” says Dixon. “But for us it was simple. We were tired of watching the women closest to us work themselves to early graves by caring for everyone around them, but not themselves.

“We were sick of watching them die of preventable illnesses like heart disease and diabetes. We didn’t want to meet this same fate and knew that we had to reshape our lives immediately – and the lives of every woman we knew and even the ones we didn’t.” 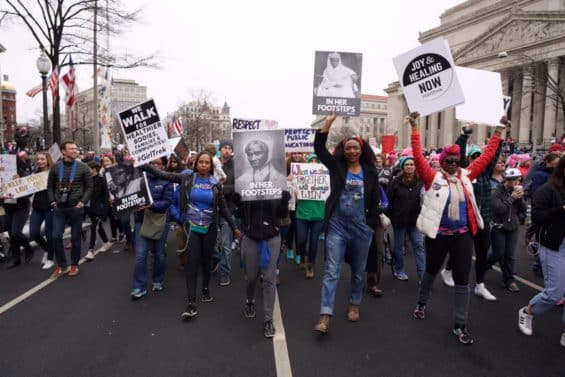 She and Garrison used social media to spread the word about their 2013 D.C. walk, and encouraged family and friends who could not join them on the National Mall, to walk in their own towns and communities. Word of the walk went viral, with hundreds of women across the country walking to represent for Harriet Tubman.

This sparked the founders to create the #WeAreHarriet movement and make it an annual, global event. Since its inception, #WeAreHarriet has been strong in every major city in the U.S, and even cities like London and Cape Town, with CNN and other national media outlets covering the events. Dixon and Garrison hope this year is even bigger.

“We don’t also talk a good game, we walk it too. We are doing the work because we know walking is the single most impactful thing you can do for your health,” says Garrison. Dixon agrees. “We are walking to save our lives in the footsteps of the world’s greatest freedom fighter, Harriet Tubman.”

Join the conversation by following #WeAreHarriet and download the Harriet House Party toolkit. Find out more about GirlTrek here.